Home  »  PCOS   »   DIAGNOSIS OF PCOS ACCORDING TO SIGNS AND SYMPTOMS.
The Polycystic ovarian syndrome is an endocrine system disorder commonly occurs in females with reproductive age. 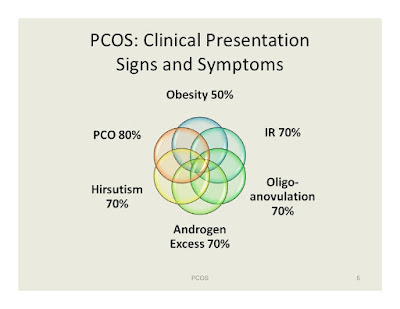 CLINICAL SIGNS AND SYMPTOMS OF PCOS:

women suffering from PCOS usually have prolonged or infrequent mensuration cycle.
Enlarged ovaries contain the small collection of fluid called follicles and it can be seen and evaluated by ultrasound.

PCOS Is the common cause of female infertility.Most women diagnosed with PCOS when they are trying to get conceived. During periods the egg is released by ovaries into the uterus and the whole process is called ovulation and this process occurs once in a month. But in women with PCOS fail to ovulate which mean they have irregular periods and find it difficult to conceive.

Usually, doctors did not know what causes the PCOS but these factors can help them.

If your mother and sister is suffering from PCOS then you have stronger chances of having PCOS.

Insulin is the hormone that is produced by the pancreas that allows the cell to use glucose.women with PCOS have insulin resistance Excess insulin affect the ovaries by increasing androgen production it interferes with ovaries ability to ovulate.

PCOS may make the following condition especially if the patient is obese.
Lipid and cholesterol abnormality.

We respect your privacy and take protecting it seriously